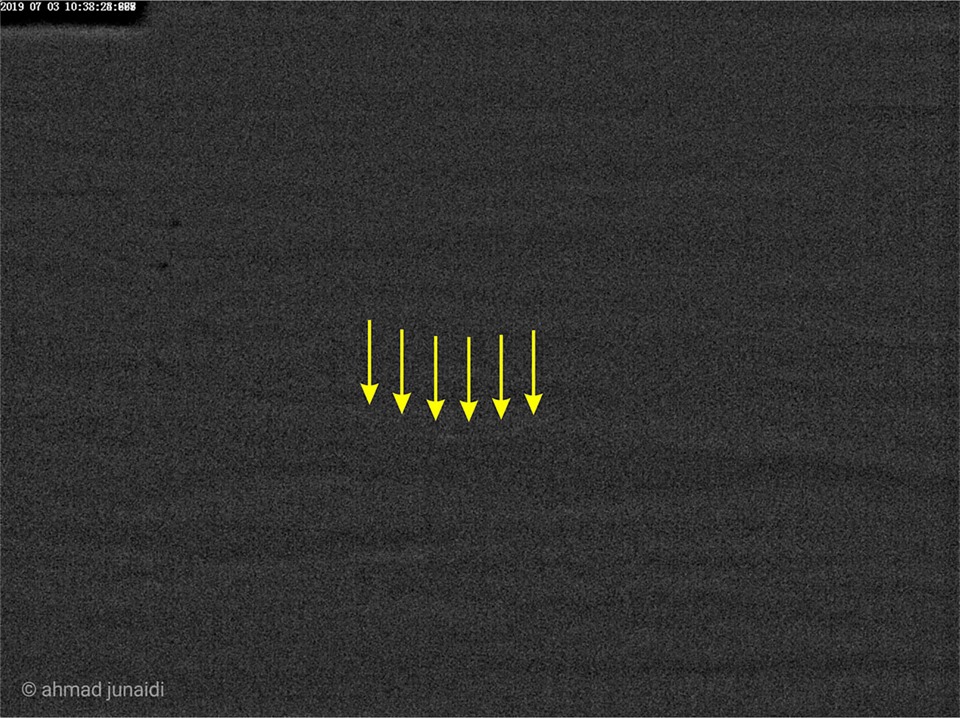 The crescent moon (hilaal) that marks the beginning of the 11-th islamic month of Dhul-Qa’dah was seen on the evening of Wednesday, 3 July 2019 from several places in the world. So far, however, until this post is written, we have not received any straight-from-the-camera photo of the crescent moon. The earliest report was from East Java, Indonesia where we have a CCD-image of the crescent. A CCD-image is a processed image of the crescent that is usually not visible by eye or even when viewed through the telescope. Only after image processing of the images taken by telescope, then the crescent image is visible.

The reports match with the Crescent Moon Visibility Map for Dhul-Qa’dah 1440 H as seen below: