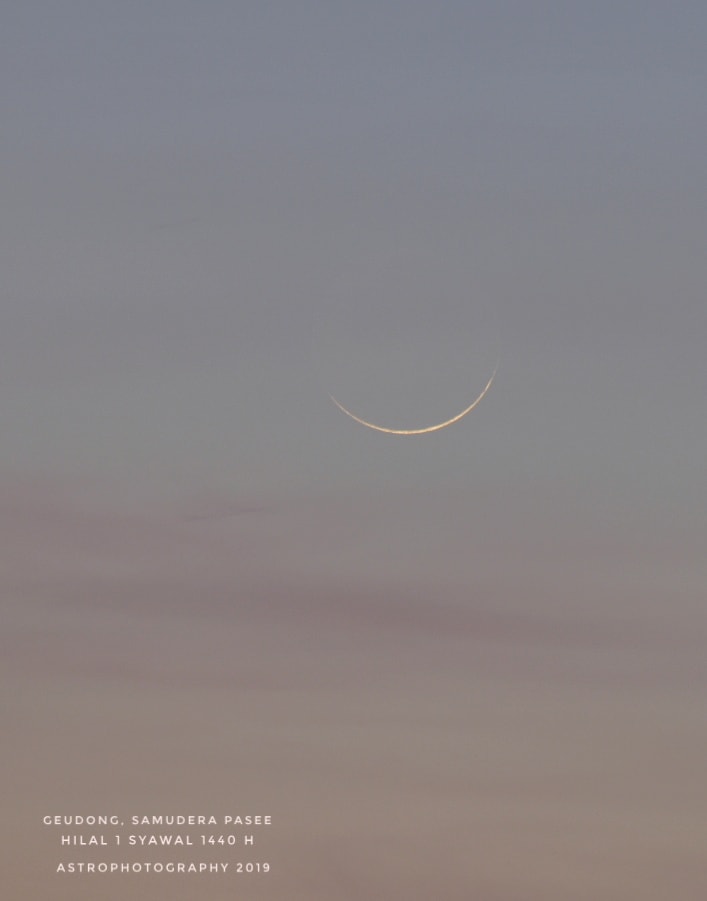 The earliest photographs of new crescent moon (hilal) of 1 Shawal 1440 AH were obtained and reported from Tuesday, 4 June 2019. Positive sightings were reported from Brisbane, Australia, but without photos. Sightings of the crescent moon successfully captured image or photos of the hilal from several places in Indonesia on Tuesday.

Here are several photos of the crescent of 1 Shawwal 1440 AH taken on Tuesday, 4 June 2019 marking the end of Ramadan.