Indonesia announced Eid-ul-Adha to be on Sunday, 11 August 2019

The Ministry of Religious Affair of Indonesia has just announced that Eid-ul-Adha 1440 AH will be on Sunday, 11 August 2019. The announcement was made after several people claimed that they saw the crescent moon (hilal) of the 1 Dhul-Hijjah 1440 AH this evening. The reported positive sightings were received from several places in Java island.

There were no photographic evidence of the claimed hilal sightings, though. Some indonesian experts in astronomy expressed their disbelieve of such naked-eye sighting reports from Java island as the moon is physically very close to the sun and would even cannot be sighted through ordinary telescope.

However, in term social aspect, the announcement has united the muslim in Indonesia to celebrate the Eid-ul-Adha in one day.

Habib bin Hilal is Editor in Chief of this blog and manager of the website: Alhabib - Coloring with Islam. 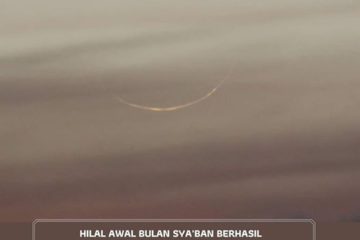 As predicted by the crescent visibility map of Sha’ban 1441 AH, the crescent moon was not sighted on the evening of Tuesday, 24 March 2020. The first positive reports of moon sighting for Sha’ban 1441 Read more… 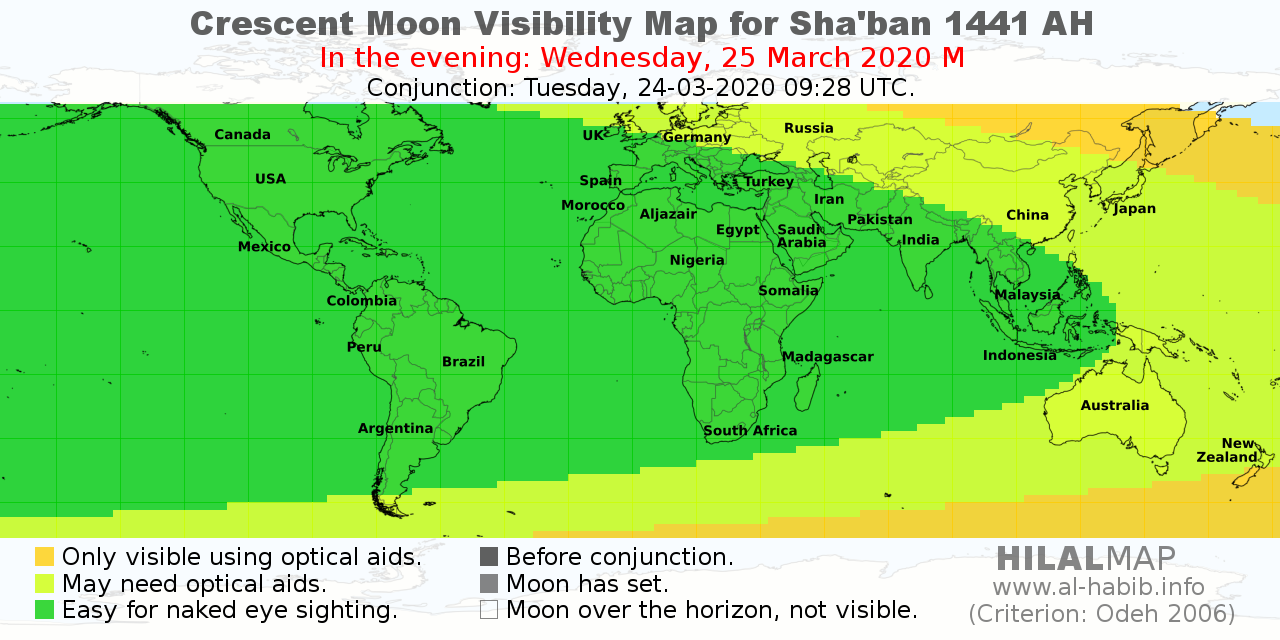 The islamic month of Sha’ban 1441 AH is marked by the geocentric moon conjunction on Tuesday, 24 March 2020 at 09:28 UTC. On the evening of that Tuesday, the moon is already above the horizon Read more…

The hijri month of Rajab 1441 AH begins on Tuesday, 25 February 2020 as confirmed by negative results of moon sighting globally on Sunday evening, 23 Feb 2020. This result matched our prediction for the Read more…