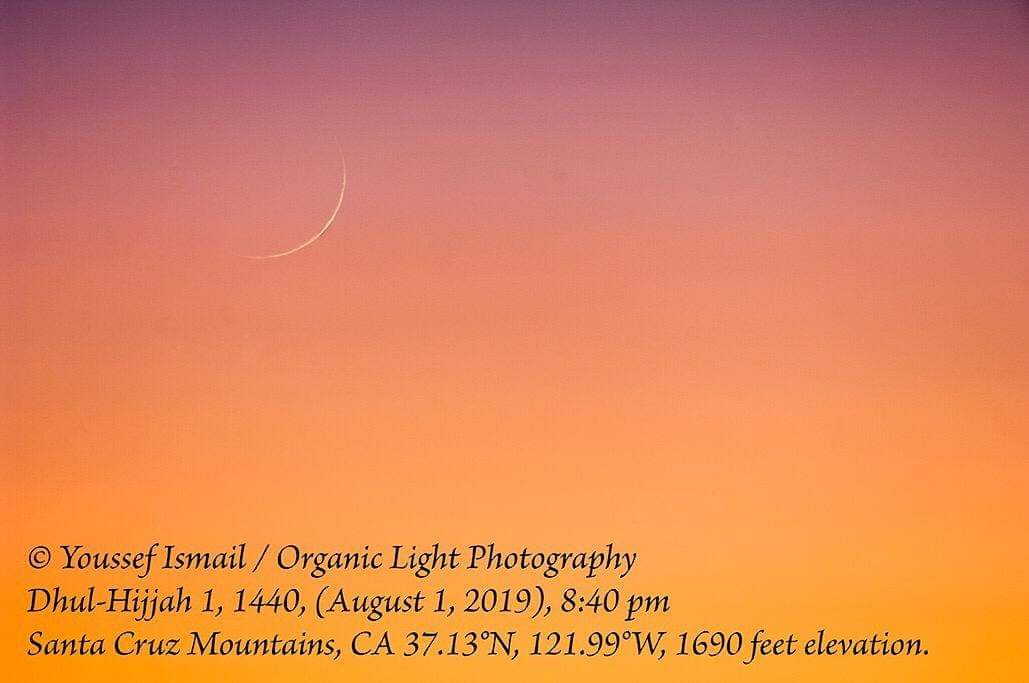 As predicted by the Crescent Moon Visibility Map of Dhul-Hijja 1440 AH, the crescent moon would be visible for people in the American continent on the evening of Thursday, 1 August 2019. All other places east to the USA have reported negative sightings, except from Saudi Arabia and Indonesia where claims of positive sightings were reported but without photos.